Today, hundreds of classic cars descended on Tatamagouche for the annual classic car show at Nelson Park. It was quite bizare to see so many old vehicles take over such a small town!

We helped out at the show by selling T-Shirts for the Golden Oldies concert that was on the following day.

There were some fantastic vehicles on display as you can see in the gallery below. The oldest dated from 1925 and originated from the Creamery in Tatamagouche which was quite apt.

The youngest vehicle was a bright red 2007 Shelby which Michelle took quite a liking to. It had its engine rebuilt and pushed out 737 horse power! Not too many roads around here that you can reach those speeds on!!

(Whilst on the subject of speeding – the police station in Tatamagouche is on the main street and has 3 police cars. If you pass it in the morning and all 3 are on the forecourt, well, lets say you won’t pass any others for 50Km….)

Welcome to Nick and Michelle’s big Canadian adventure.   This is the tale of our “Big Move” from Chippenham in the UK to Tatamagouche Nova Scotia.   Follow this blog to see how we survive the culture shock of moving from the hectic UK to a rural Nova Scotian village. 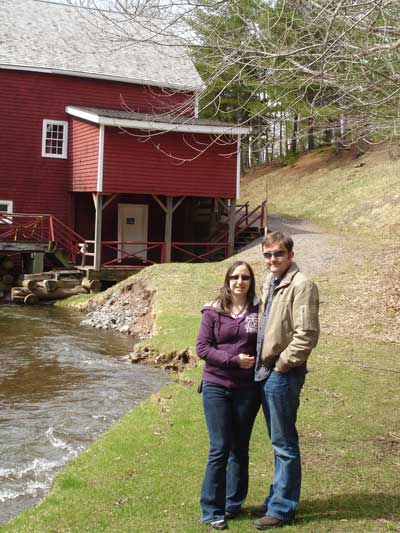